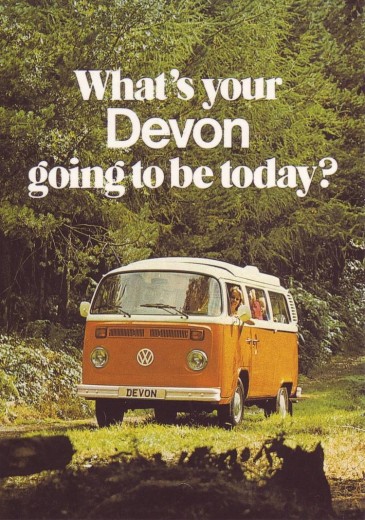 Devon are one of the longest running VW van converters in the UK, established in 1956. Working from his garden shed – in, you guessed it, Devon – Jack White began to produce the VW-based Caravette. A carpenter by trade, Jack White’s business outgrew his garden shed and relocated to a former gasworks in Sidmouth. When Jack died in 1963 his widow sold the business to Renwick, Wilton & Dobson with the business continuing to trade as JP White. By 1971 Devon was a converter with the official Volkswagen stamp, selling around 3500 per year and the name was changed to Devon Conversions. A move to larger premises was necessitated in 1981, however the company was liquidated in 1985.

Fast forward to the present day and Devon has since been a family-owned business for more than 25 years, based in County Durham, many miles away from its namesake county.

Devon built up a solid reputation for build quality, good design and value for money, which remains today.

Devon fitted roofs on splitscreen vans at the time with the straight lift pop top roof, with concertinaed canopy sides.

Many Splitty owners nowadays find they need to increase the roof area of the van in order to improve the camping experience and practicality, the benefits of which need weighing up against the van’s value, especially with rarer types – do you retain the original specification, or modify the roof to gain in terms of space, lifestyle and experience?

The VW T2 bay superseded the splitscreen camper in 1968, with the ‘late bay’ model following on in 1973. These larger vans had greater versatility with companies such as Devon converting the vans to use various configurations for sleeping, cooking and storage inside. The roof options opened up the interior space and revolutionised the vans’ practicality with 3 versions - the early concertina type, the straight sided type and the large double top side lift.

In the years after 1979 when the last bay was made, the T25/T3 arrived. Devon introduced the T25 VW Devon Moonraker with a side elevating pop top roof in 1980. Later models could have the Aerospace elevating roof, a solid-sided Spacetop elevating roof, or the Hi Top fixed roof option.

Interior specification options were numerous and the exterior and interior colour schemes included a now-retro palette of beige, orange, brown and yellow.

Any van roofs lend themselves to a Devon roof replacement, at Space Roofs we will happily tackle them all.

The practicality of a pop top roof is unquestionable, with the increased head height, sleeping area and storage space. Roof replacements to renew tired, worn or leaking roofs give vans a new lease of life.

Finally, one of the most fun decisions to make is what colour roof and fabric to have! Speak to us to find out all the available options and see numerous examples of our happy customers’ vans.