A look at Westfalia roofs 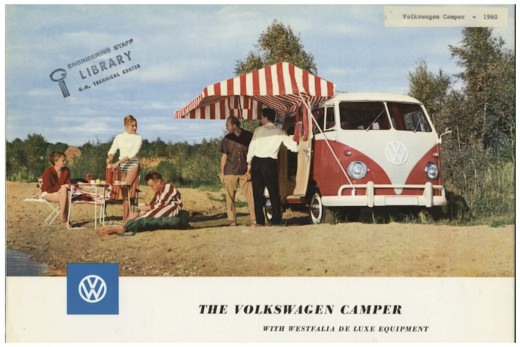 One of the best known campervan names, Westfalia began as a camper conversion in the early 1950s by Volkswagon sub-contractors Westfalia-Werke, producing and selling the VW Westfalia as a standard model from their HQ in the Westphalia region of Germany. The company’s origins actually go back as far as 1844, when Johann Bernhard Knöbel started a forge building heavy horse-drawn carts for transporting goods from the then-new train station.

Westfalia was born out of a request from a customer, a British Forces officer stationed in Germany, to equip a VW van as a home. Westfalia created their ‘Camping Box’, built into the van and usable for living, working and even sleeping in. Westfalia took a VW bus, installed a double door and built-in furniture such as folding table, seat bench, roll-front cabinet and sideboard behind the front seats, plus coordinated soft furnishings. The Camping Box was so popular it went into series production and became the aspirational lifestyle vehicle of the 1950s.

Their iconic ‘pop-top’ package was popular on T2 VW buses from 1968-1979, and later versions through to T4s, until being discontinued in 2003. Many other roof types were available (as we’ve explored in our blog articles), although Westfalia was the most well known. Variations included pop-top VWs that were not Westy conversions, and vice versa - VW Westies without pop-top roofs or facilities inside. There was a VW ‘Weekender’ package produced during the 1970s which offered a Westfalia interior but no pop-top, for example, so all Westfalia-produced models were not necessarily Westfalia conversions with Westfalia pop-top roofs.

During the 1960s Westfalia’s innovative folding roofs became standard, resulting in a much more comfortable roof height when standing and more space inside the van. The early Westy (‘68 to ‘73) had a small single bed in the roof, approximately 6ft x 30 inches wide (the later Westy from ‘73 to ‘79 had a much larger bed, approximately 6ft x 46 inches wide). The lifestyle created by Westfalia vehicles echoed and enhanced the general mood of the era, when people wanted to travel freely and independently.

As campers were by now such a multifunctional vehicle, people could use vans in everyday life, not just for day trips or holidays - making campervans financially accessible to more people as there was no need for an additional car. At this time Westfalia had huge success with the VW Joker - a T3 - with 70,000 sold during the late 70s and 80s.

The company celebrated its 150th jubilee anniversary in 1994 with the launch of the VW Westfalia T4 Transporter California Highway limited edition model. It was available in a pop-top roof version, plus a new type of roof - the ‘Compact’ roof. This solid roof was lower than the standard high top, without an integral bed but with additional storage compartments.

Westfalia continues today, even after difficult economic times in the 90s and other parts of the business splitting into separate areas - Westfalia Van Conversions now focuses on exactly that, with ownership from DaimlerChrysler.

At Space, several of our roof designs are based on the Westy

For the Splitscreen, Space Roof's pop-top roof offers a similar classic style to the SO42 Turret Top that you can stand up in, but has the advantage of modern materials.

Our T2 Westy Style Elevating roof comes with a bed platform 183cm long x 110cm wide. Over the cab area is a separate luggage rack. Our roof has the same look, feel and dimensions of the original Westfalia roof, but it is easier to raise and lower as we use external gas struts and scissor hinges. This roof will fit any tin top van or replace any elevating roof on a Baywindow van from 1969 to 1980.

Our T25 Westy Style Elevating roof is a 3/4 length front lifting, rear hinged roof with a fibreglass luggage rack over the cab area. Hinges lift the front of the roof by 109cm and the back of the roof by 25cm. This roof has the look, feel and dimensions of the original Westfalia roof, but it is easier to raise and lower as we use external gas struts and scissor hinges. Will fit any T25s produced from 1980 onwards.